This is a list of club equipment that is at Gene Fisher’s shop. We need to vote on whether we should sell it or not. Then at which meeting should we auction these items? Remember, the money that purchased them came from the General Fund.

The latest newsletters are now online.  November 2018 has a list of items in our Annual Auction, which starts at 6 PM on Tuesday November 20th at our regular meeting place, the Arden Community Hall.

The Washington State Department of Natural Resources has a new “story map” series online that shows places to rockhound in Washington.
https://www.dnr.wa.gov/rockhounding
It also spells out the rules you should take into consideration for State, Federal and private land. Click on the Mineral and Fossil map option. The little spots on the map show collecting sites. You can zoom in to get a better idea of the locations but there are not always driving instructions or exact coordinates. What surprised me was that it shows many more collection sites for things like trilobites, fossils, petrified wood and gemstones than I knew about.

The newsletters for May and June are now online.  Check the 2018 newsletter page for links.  Use the search function to find topics in previous newsletters.

There is a field trip scheduled to the LeFarge Quarry for Trilobites on Saturday July 28th.  Meet at the Tiger Store at the intersection of Hwy 20 and Hwy 31, 10 AM.  (New Place due to events in Ione.) This is one of the most popular trips of the year.  Be prepared for hot weather and splitting layers of rocks safely.

Saturday the 23rd of June There is a trip to the Flagstaff Mine near Northport.  Meet at the gas station at the north end of Northport at 10 AM to collect Barite Crystals.  Bring rock breaking tools.

We are going to the Railway Dike on July 7th to collect Beryl Crystals.  Meet at the Safeway parking lot in Chewelah at 10 AM.  Bring rock breaking tools.

You don’t need to be a member to go on trips with us.  Check out previous trips using the mine names or rock types in the search box on this website.

New over-restrictive regulations are threatening the rights of anyone to collect fossils and limiting research which has been mainly driven by discovories by amatures over the past 100 years.  Please comment here: https://www.savefossilcollecting.org/ 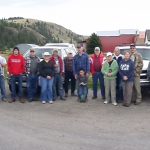 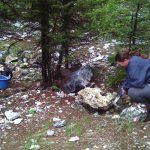 Some folks opened up a couple new holes to dig crystals in. 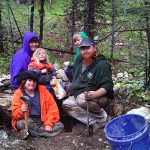 It was a family affair 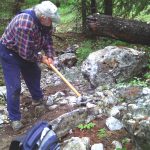 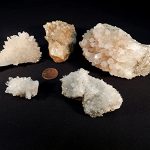 There were lots of crystals 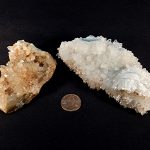 Some had clay and iron stains that had to be removed. 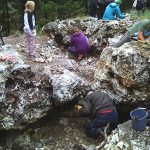 The old rocks had plenty of vugs left in them 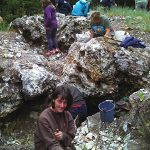 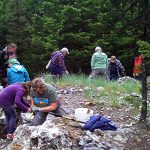 Field Trips Are Fun For Everyone!

I just stumbled on this “live” report going on every day from the Tucson Gem and Mineral Show.  If you wonder what it is like down there, check this out:

Despite legislation moving in both Houses of Congress, there are rumors that the Administration is considering National Monument designations in the California Desert. Please Take Action now to send an email urging the President NOT to move forward with these designations!

ARRA has previously alerted you that Senator Feinstein (D-CA) and Representative Cook (R-CA) each have introduced legislation (S. 414 and H.R. 3668) that would provide for the management of the lands being considered for National Monument designation.  These bills were developed over time and are the result of collaboration and compromise between various groups with often competing interests.   These bills call for a federal advisory committee with a seat to be filled by a Rockhound.  Yes, a named seat reserved for a Rockhound.

It is unlikely the Administration will designate the multiple OHV recreation areas designated as such in the Feinstein and Cook bills.  As for the areas that will be designated as National Monuments – while motorized recreation and other multiple uses are not specifically prohibited in National Monument areas, history has proven that even the most responsible multiple uses are banned or restricted once an area is designated. (No Rockhounding)  There will be no collecting of Biological, Geological, Historical or Minerals within these 3 National Monuments.  There goes the Cady Mountains, Afton Canyon, Lavic Siding, WIley Wells and most other collecting areas remaining in the California Deserts.

Please send an email urging you’re  Administration NOT to move forward with National Monument designations in the California desert!